The North Sultans Are On The Finals

The unbeatable Kuzeyboru also known as The North Sultans made a good start to the group competitions by defeating opponent Bahcelievler 3-0 in Turkey’s National Women’s Volleyball 2nd League Semifinal. The team took the openning with Dilek Bataray, Elif Kavrar, Ayça Tokat, Gizem Tuğrul, Gözde Keskin, Hazal Şener in Adana Cukurova University Lütfullah Aksungur Sports Hall. First set was straight and easy for The North Sultans, which ended 25-11 aganist Bahcelievler. Afterwards, the away side managed to tie the game and to force the tie-break, in which Kuzeyboru managed to prevail and even took the score to 29-27. With the support of The North Sultans fans in Adana, Kuzeyboru defeated his opponent 25-16 in the last set and won the match 3-0. Tuncay ÖCAL, our trainer at the end of the match; ’I would like to thank our wonderful supporters from Aksaray. We started great, every player trusted each other. We have this spirit that we refused to lose. Now, our goal is to win every match in the 1st League.” On the other side the team captain said:” We've made a good start since the beginning of the season we've worked hard and it's time to reward. We focused very well and won. We have made good attacks as a team and have defeated our opponent with strong defense. I want to thank my team because they achieved a great result. And of course I can’t forget the supporters who came from home Aksaray to Adana, You know there is not many left such a fans like Kuzeyboru has. Their support is very important to us and we have promised to bring Championship to them.” In the tournament of the semi-final, Kuzeyboru played aganist Karayolları in Çukurova University Sports Hall. The score table was very satisfied for The North Sultans as it showed 25-13 on the first set, 25-9 on the second set and 25-10 on the third set. Last match of the North Sultans will be played on Monday, the team wants to finish the group by defeating this league as a leader. 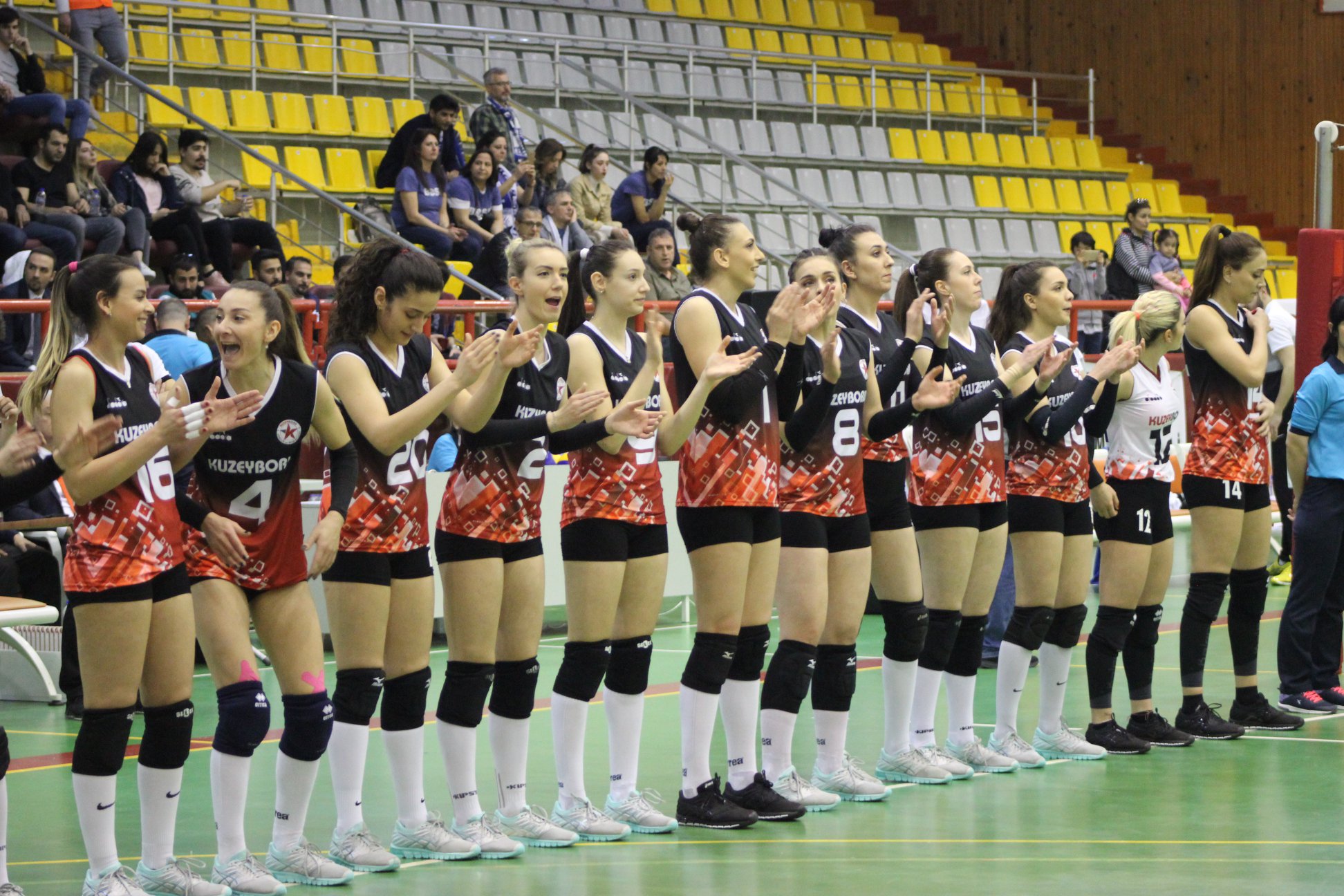